Crowdfunding is the practice of funding a project by raising many small amounts of money from a large number of people.

CryptoX3 is a crowdfunding program that accepts three crypto currencies – Bitcoin, Ethereum, and Litecoin – as payment.

The way it works is you invest $25-200 worth of these crypto currencies. 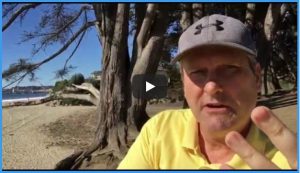 The owner, whose name is Robert Matias, aka Robert Q Cash, invests your crypto currency, which usually turns into a good profit for him.

After 15 or 30 days, you get your initial investment back plus the agreed upon interest rate, which is currently up to 300%.

CryptoX3 used to be called BitcoinX4 because they only accepted Bitcoin and your initial investment was multiplied by four once you cycled through the time period.

All commissions are paid in crypto currency, not cash.

What I Liked about CryptoX3:

1. No recruiting or sales

You don’t have to recruit unless you want to, although I don’t see why you wouldn’t want to earn extra income just for telling people they can make easy money by putting $25 worth of crypto-currency in an account and wait 30 days.

Regardless, it’s not a requirement so people who aren’t good with sales can see a profit in their first month.

2. The affiliate program is awesome

I like the concept of blending a crowdfunding program with an affiliate program. If you refer people to the site, CryptoX3 becomes CryptoX5, meaning you get up to 5 times the initial investment back.

1. I don’t trust the owner as far as I can throw him

The only reason CryptoX3 got an average rating was because of the owner so I suggest you take the time to read that review before you join. The same business under different leadership would’ve gotten a better ranking.

CryptoX3 is legit, but the way they advertise is technically illegal because you’re legally not allowed to make guarantees of income in the United States and Canada. There’s a disclaimer at the bottom of the website to help comply with this law, but the way their content is worded still makes it sound like a guarantee.

A company called Usi Tech was shut down in the USA and Canada because a few of its members were making guarantees in their advertising.

I wouldn’t be surprised if the same thing happens to CryptoX3 eventually. Robert Matias knows it’s a possibility, which is probably why he’s instructed all of his members to have a quick way to transfer their money out if things go bad for whatever reason, which I think is very smart of him.

Having an exit strategy is always a great idea. It could be problems with the IRS or maybe the value of crypto currency could drop. It’s best to be prepared for scenarios.

3. Why all the name changes?

First it was BitcoinX4.

Then it was CryptoX3.

I went to the site to do an update on this review. It looked like there was another version of the business that was about to launch, once again.

Why keep changing the name?

Who is CryptoX3 For?

Anyone can benefit from a crowdfunding program, but it’s especially beneficial for these people:

Here’s how it breaks down: 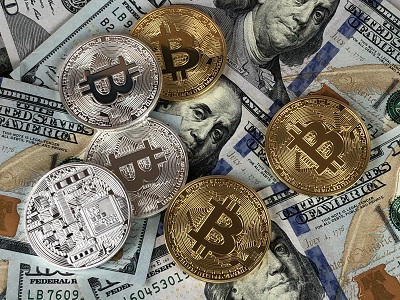 You can choose to withdraw your cash in 15 days for a lesser payout. If you have not referred anyone to the program and you withdraw in 15 days, your payout is 120% of the initial investment.

The next option is to wait an additional 15 days to get full payouts. If you wait a complete 30 days and refer no one to the program, your payout is 200% instead of 120%.

And refer 9 or more people and get 500% of the initial investment back instead of the 360% that you would have gotten for 15 days.

These number are for $25 investments only. They change as the investment goes up.

Training is done via the website. Most marketing is done with social media. None of it is hard, but it does require action on your part and a lot of consistency. I didn’t see anything that I thought required any strong learning for the affiliate program or the crowdfunding program.

Support is done through Facebook groups. Up to 250 people are in each group. Each group is moderated by admins that used to be called Knights, but now they call them Group Admins.

Admins are pretty good about getting back to members when they have issues, but I have heard numerous complaints about Admins getting rude in private chat with the members. I can’t verify it, of course, so don’t assume it’s true, but that’s what I’ve heard from several members.

I never had that issue because I joined under a family member who was also an admin. When I had questions or concerns, I just asked her.

Group admins are only there to help with anything not related to money. Robert Matias handles anything that deals with fulfilling payouts. He’s the only one handling money issues so sometimes it takes a few extra days to get paid when it’s your turn to get paid. I guess the man has some trust issues.

Either way, it might take a little longer than what’s advertised, but he will pay you eventually… assuming you don’t make him mad.

My Final Opinion of CryptoX3

I think the concept of CryptoX3 is awesome. The fact that someone with no sales experience and as little as $25 can be making money within 15 days is great. I love it. The only thing I don’t like about CryptoX3 is the person who’s running the program.

Actually, I shouldn’t say that I don’t like him. I’ve never met Robert Matias and I’ve only talked to him briefly on a Facebook chat. From what I see of him, he seems to be a smart individual and a hard worker, but he lets his emotions influence his business decisions.

Is it smart to trust a hot head with your cash?

The same business in the hands of better leadership would have gotten ratings off the charts.

I think crowdfunding crypto currency is an excellent idea, but there are many programs similar to CryptoX3 that will pay you on time and you won’t have to argue with the owner to get paid. Doesn’t that sound nice?

For that reason, I would not recommend joining CryptoX3. A better choice would be 20 to Infinity if you’re looking to multiply your crypto currency. I haven’t heard any complaints about them and it only costs $20 to join.

If you insist on joining CryptoX3 anyway…

I understand that some people might still want to join CryptoX3 anyway because maybe you don’t believe anything I said. Maybe you think Robert Matias was justified in his actions. Whatever the case, if you still want to join, that’s fine with me, but here’s a little advice on maximizing your profits.

I’d recommend you stick to the lower priced membership levels. Don’t even bother with any membership over $50.

That means you’re not making as much money buying a $200 membership as you would make buying eight $25 memberships or four $50 memberships.

Stick to small packages and buy multiple memberships if you want to go big, don’t bother going over $50 as far as membership levels go.

Did you enjoy this review? Are you a member of CryptoX3 Are you thinking about joining CryptoX3? I like to hear from my readers. Use the Comments field below to tell me what you think, and if you got any value from this review, please Share it.